Believe it or not, this post is actually about cookies. Delicious, crunchy goodies that have been around since the Middle Ages. I have to admit, the naughty names caught my eye first, but after I read about the great backstory behind both desserts, I couldn’t resist trying to bake them. Several hours and a flour-coated kitchen later, I had the oh-so-difficult task of eating two different examples of wonderful medieval pastries.

For the first recipe, I turned to The Sweets of Araby, a lovely twist on 1001 Arabian Nights. The authors pair tales from the classic collection of stories with modern versions of desserts mentioned in the text, often using medieval Arabic cookbooks for inspiration. This particular tale tells of a jealous husband who faces off against a princely rival enticed into adultery by nuhud al sabuniyah -Breasts of the Virgin cookies. 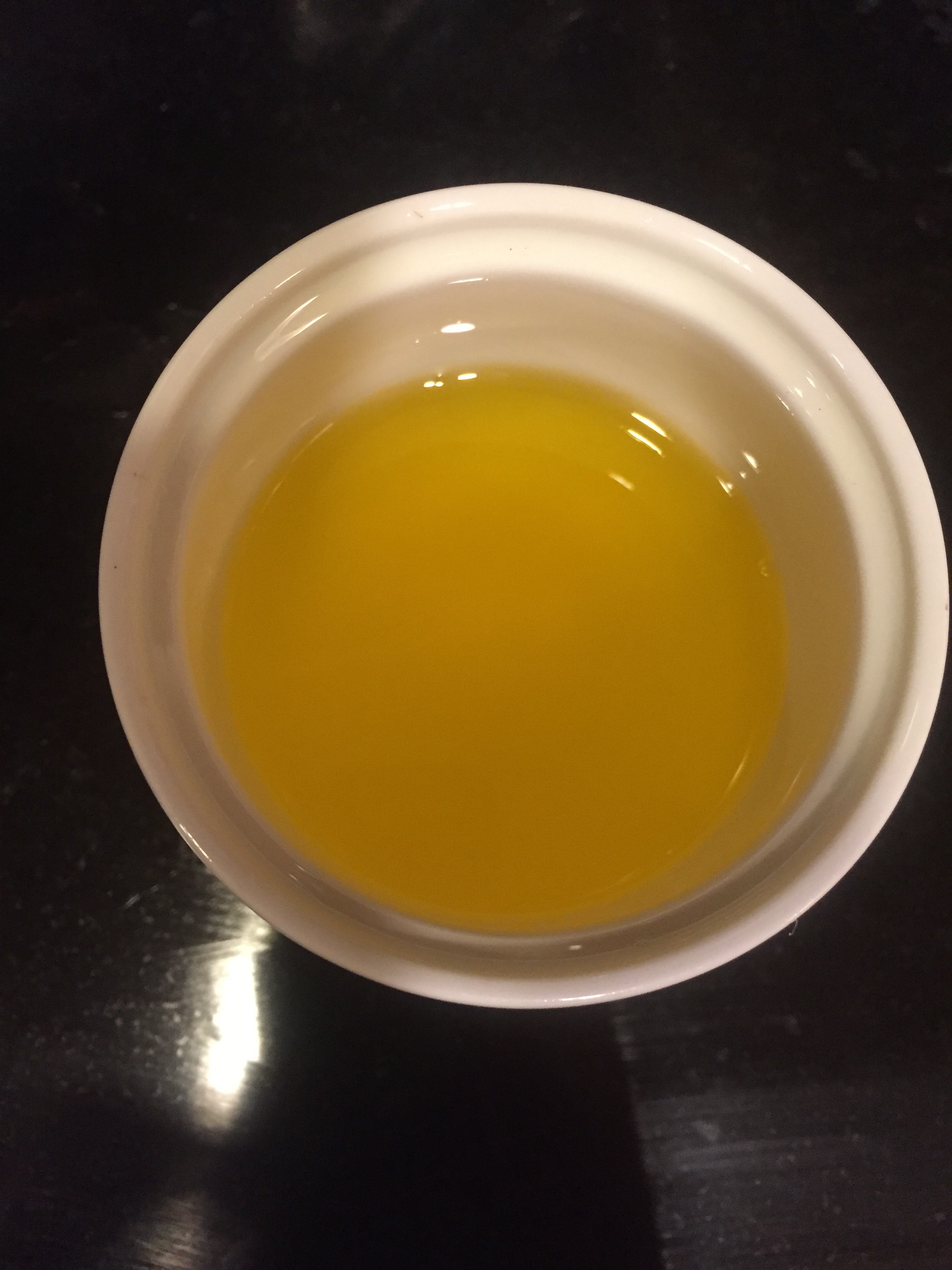 The instructions called for only three ingredients, which sounded quite manageable. I started by making clarified butter, also known as ghee. After creating quite a mess, I came up with the rather attractive golden liquid to the right.

This recipe is basically a shortbread cookie dough, so the other ingredients were confectioner’s sugar and flour. I found the result awfully loose, so I dumped in a lot more butter and stored the result in the refrigerator overnight. The next day I found that the cookie dough had turned the consistency of a large lump of hardened Play Doh. 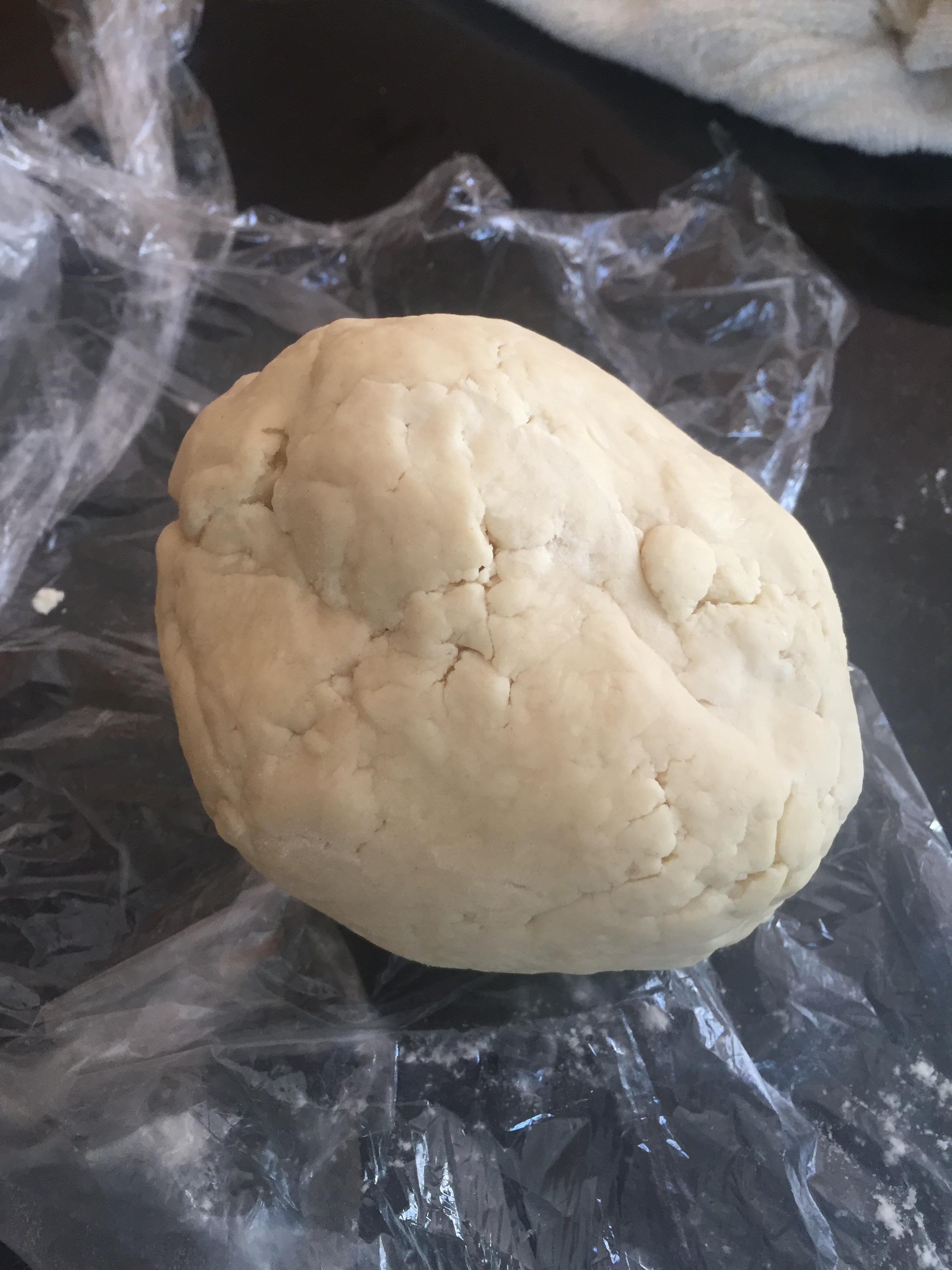 Undeterred, I chopped the dough into chunks and kneaded it for a while before shaping it into various, well—cup sizes. The end results held their shapes pretty well, and here they are! 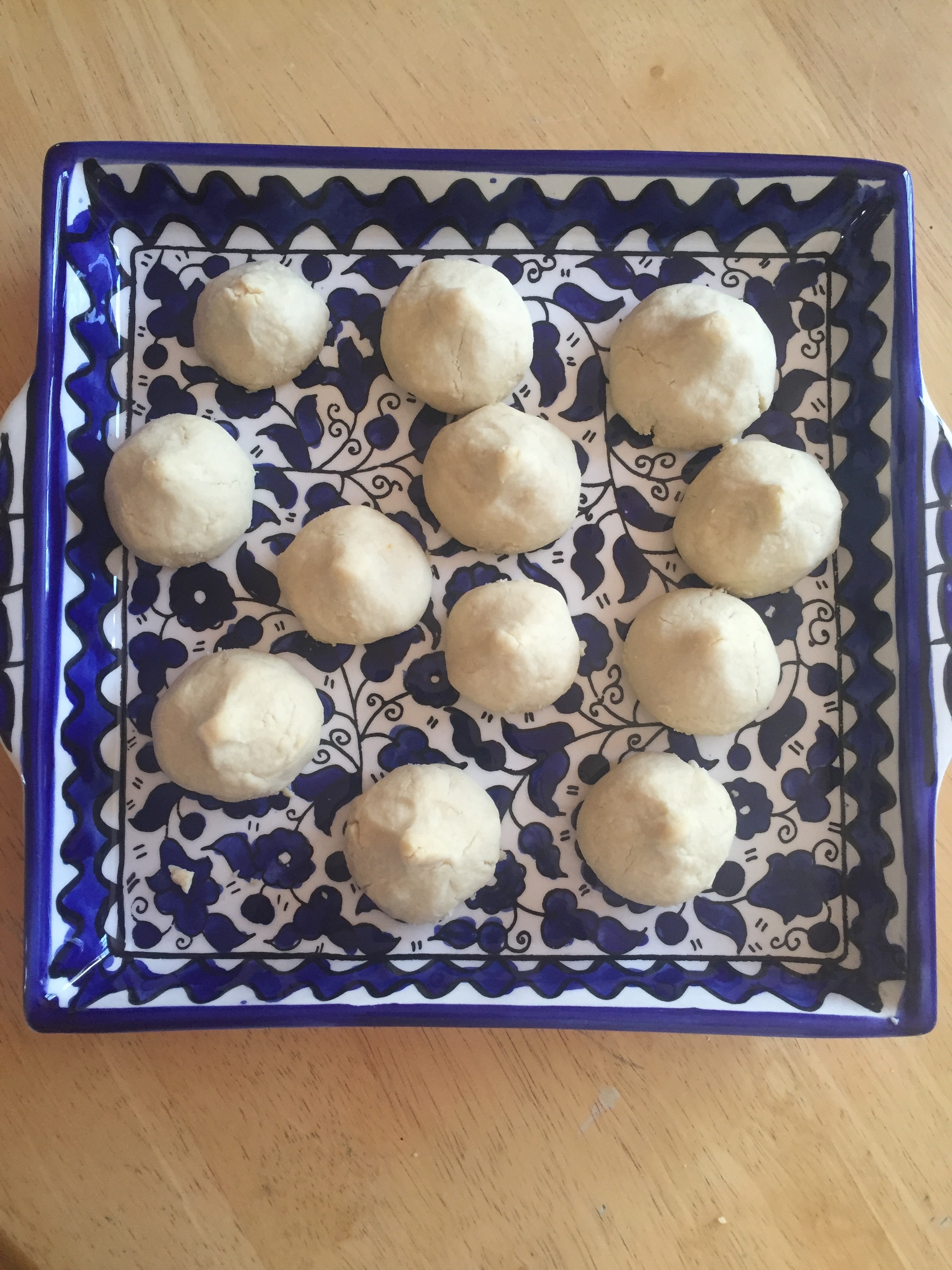 It turns out that medieval pastry confections in the shape of breasts are also popular in other Mediterranean locations, including Southern Italy. I came across this recipe for minni di virgine, a culinary tribute to the martyr Saint Agatha, who refused the amorous advances of a pagan prince. She was punished by having her breasts cut off, but remained steadfast in her faith. Artistic depictions of the saint often show her carrying around her severed breasts on a serving platter. 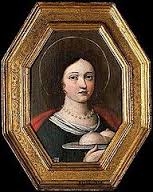 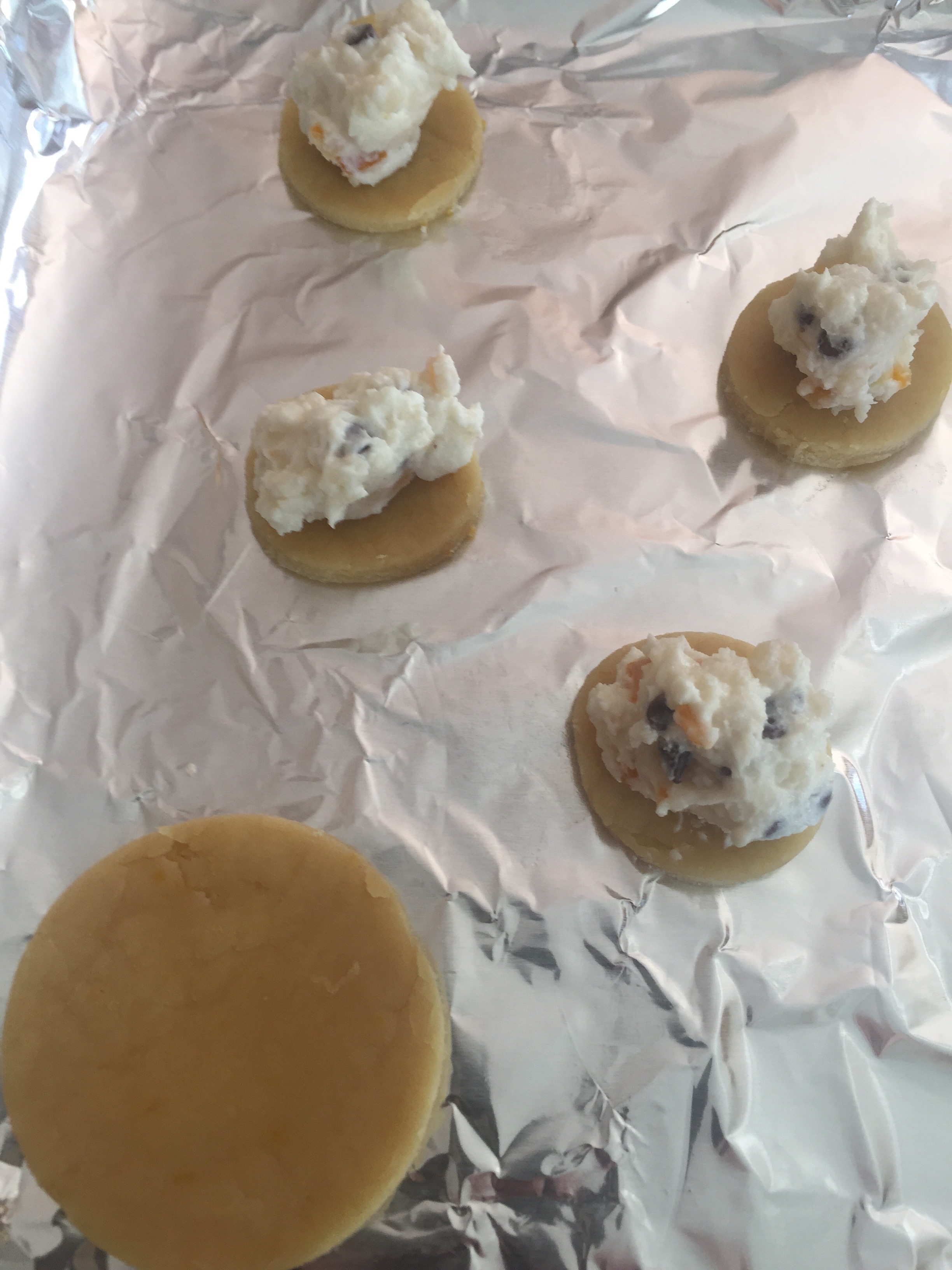 To celebrate this rather gruesome tale of religious devotion, breast-shaped stuffed pastries topped with cherries are eaten in her honor. Saint Agatha’s Nipples are also based on a shortbread cookie mix. The version I tried was a standard recipe of flour, whole butter and granulated sugar. This made a more traditional cookie dough, which after chilling I rolled out and created two disc sizes, small and large:

The filling is similar to that used to stuff cannoli: a milk pudding with chopped candied orange. I added some ricotta cheese, as well. Then it called for miniature chocolate chips, and who could say no to that!

The assembly was quite involved, since I’m a little pastry challenged, but in the end I came up with some bosomy baked delights. Then came sugar icing and cherry halves, which made for a rather…anatomically correct sweet: 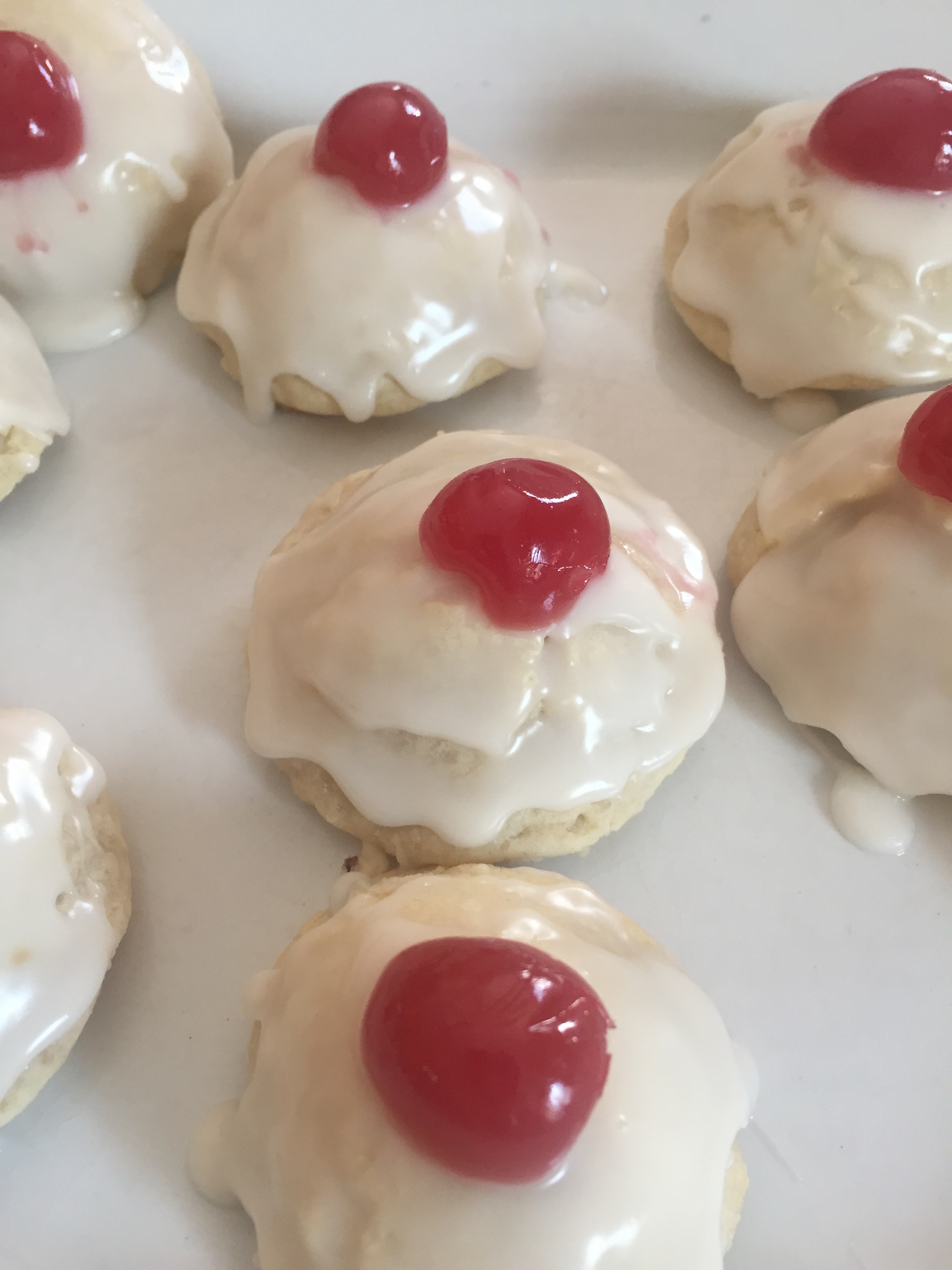 I certainly enjoyed baking medieval style, and everyone around me loved eating the suggestive sweets!