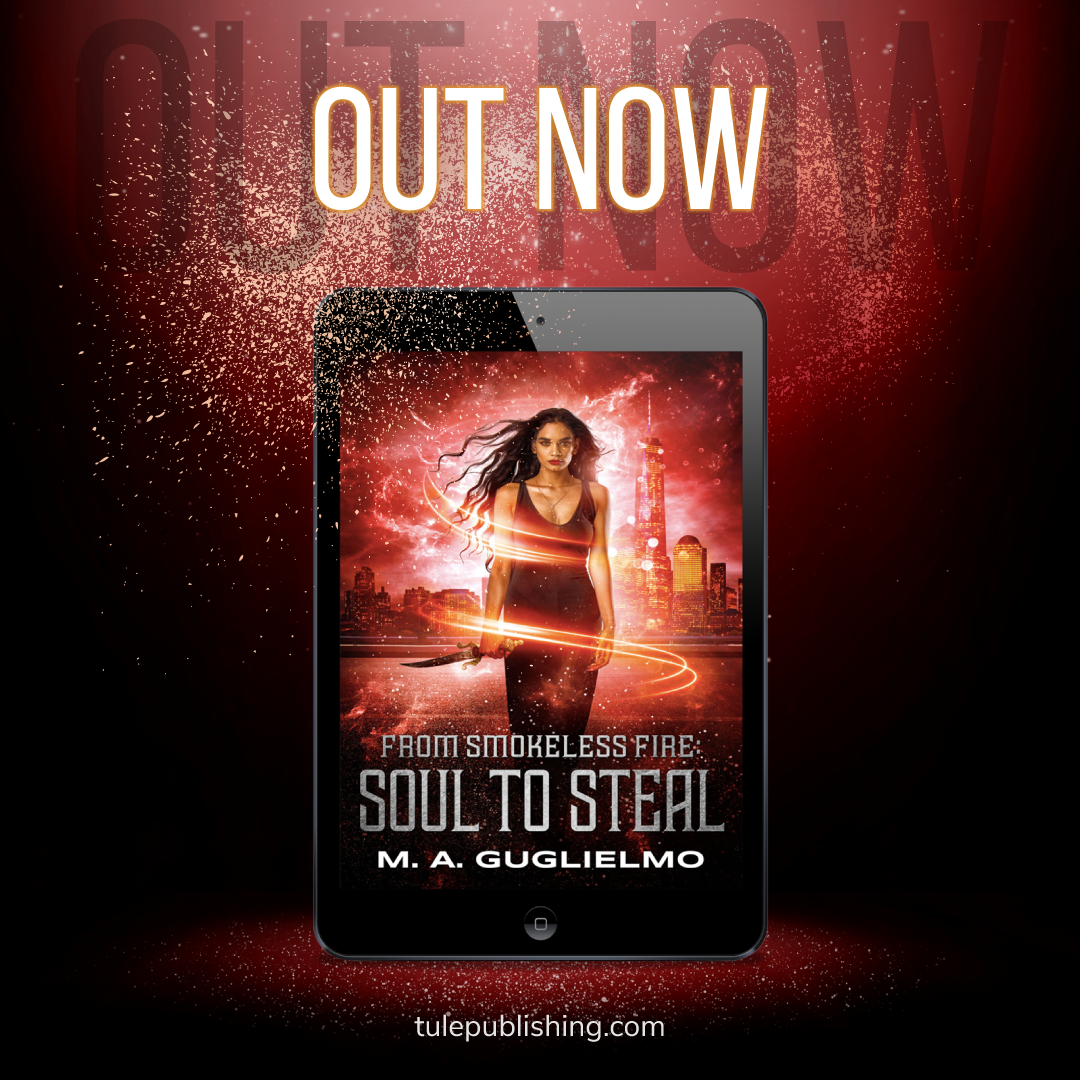 I’m so excited that the second book in the From Smokeless Fire series, SOUL TO STEAL, is out in the world!

SOUL TO STEAL begins where SUMMONED left off. Zahara, a jinn who’d rather go shopping than haunting, is back in the human world enjoying cool fashion, hot cars, and hotter men—anything to avoid obsessing over Harut, the fallen angel who saved her life and stole her heart in Morocco. Besides, her usually disapproving mother has given her an important quest: find and protect Josephine Bianchi, a half-human cousin who’s gained strange new magical powers.
Jo Bianchi adores fixing cars, country music, and her Iranian-American girlfriend, Parisa. Even after Harut saves her life when she’s attacked by a magical bird from Persian legend, and Zahara pops in to talk her into an out-of-this-world family reunion, Jo doesn’t want to believe she’s been marked for death because of a cursed gift, or that she and her girlfriend’s supernatural relatives are bitter enemies.
As battle lines are drawn between magical tribes, Zahara’s forced to choose between her family and her feelings for Harut, while Jo is stunned to discover she and Parisa are on opposite sides. And while the fighting rages, a far greater threat to them all is waiting to be unleashed…
Click here for all the buy links!
May 22, 2020/by M.A. Guglielmo
https://www.maguglielmo.com/wp-content/uploads/2019/07/MAGuglielmo-Final-Logo-tagline-update-RGB.jpg 0 0 M.A. Guglielmo https://www.maguglielmo.com/wp-content/uploads/2019/07/MAGuglielmo-Final-Logo-tagline-update-RGB.jpg M.A. Guglielmo2020-05-22 00:17:342020-05-22 00:17:34Soul to Steal is Out!